Putting Out a Flame 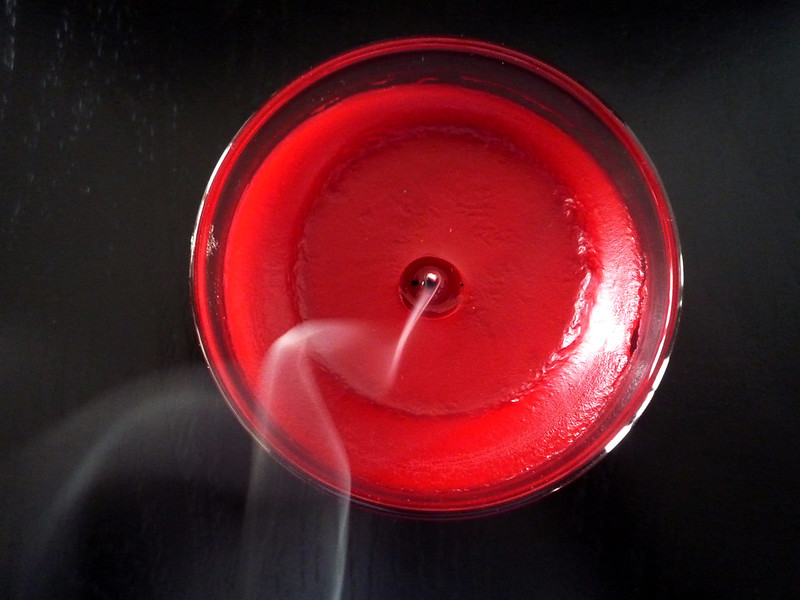 With much less fanfare than the first Pentecost, the universal Church celebrated the end of the Easter season. For many, Easter disappears quietly as the Church transitions to Ordinary Time. The only noticeable difference for many, is the Paschal Candle has a new home. It is now in the baptistry as opposed to a position of prominence in the sanctuary, and the church returns to wearing green vestments.

The missal says this in its last rubrics for Pentecost: With Easter Time now concluded, the paschal candle is extinguished. It is desirable to keep the paschal candle in the baptistery with due honor so that it is lit at the celebration of Baptism and the candles of those baptized are lit from it.

In a response to a question regarding the extinguishing of the Paschal candle, Father Paul Turner says that this note seems to be more practical than ceremonial. But it’s fine if people wish to witness it.

The rubric clearly is based on the preconciliar one. At the conclusion of the gospel on Ascension Thursday, the preconciliar rubric read, “With the Gospel having been proclaimed, the paschal candle is extinguished.” The revised missal moved the rubric from the middle of the Ascension Mass to the conclusion of the Pentecost Mass, and changed its introductory ablative absolute.

This left me to wonder, how many people were able to witness the powerful act of the Paschal candle being extinguished? Last night, at a celebration of vespers, the Paschal candle was extinguished at the conclusion of Vespers, and before the reposition of the Blessed Sacrament. As I was cleaning the sanctuary and preparing it for the next mornings mass, a parishioner came up to me.

She stopped me and told me what a profound affect witnessing the candle being extinguished had on her.

A Season of Pentecost

It was a teaching moment, one that bears repeating.

While the symbolic flame of the Paschal Candle is now extinguished, save for baptisms and funerals – that flame is lit forever in the hearts of the faithful. It is our duty to fan that flame and keep it lit, sharing it with others.

This is one instance where the novus ordo form of the mass fails to express the beauty, reverence and majesty of our worship. We have reduced Pentecost to one day, instead of celebrating the mighty power that is the Holy Spirit. Pentecost once had its own Octave, much like Christmas and Easter. It had its own season, which lasted until the start of Advent, making it the longest season of the Church year. In fact, according to legend, the loss of the Season of Pentecost caused Pope Paul VI to weep.

The Novus Ordo went into force with Advent in 1969.

The Monday after Pentecost in 1970, His Holiness Pope Paul VI went to the chapel for Holy Mass. Instead of the red vestments, for the Octave everyone knows follows Pentecost, there were laid out for him vestments of green.

Paul queried the MC assigned for that day, “What on earth are these for?  This is the Octave of Pentecost!  Where are the red vestments?”

“Santità,” quoth the MC, “this is now Tempus ‘per annum’.  It is green, now. The Octave of Pentecost was abolished.”

Read More – A Knight in the Shadows

More importantly than the symbolism of the Paschal candle being extinguished, is the understanding that it is merely a symbol. Sacramentals (sacramentalia), are just like the Sacraments themselves. The Church teaches in Sacrosanctum Concilium that the sacramentals are sacred signs which bear a resemblance to the sacraments: they signify effects, particularly of a spiritual kind, which are obtained through the Church’s intercession. By them men are disposed to receive the chief effect of the sacraments, and various occasions in life are rendered holy.

The lack of the visible sign of the candle does not mean that Christ is not present, nor does it mean that the Holy Spirit does not dwell in the hearts of the faithful.

The flame of the Holy Spirit is ever present in the faithful. It is not fair to the world, nor in line with our responsibility as Catholics, to allow that flame to go out. We should not let it be hidden. We need to fan it, turn it into a roaring blaze, and to pass it on to others.