HISTORY OF THE KNIGHTS OF ST. JOHN INTERNATIONAL

In America during the middle of the nineteenth century, after the Civil War, there existed a number of uniformed military societies, the Knights of St. Paul, Knights of St. George, the Knights of St. Louis, and many more, which would be a modern counterpart of knights of old.  The medieval knights fought well for God and the Church on the field of battle, but these new groups chose a different field, a spiritual one, whereupon they could strive to capture men’s hearts and minds for God.

These various groups of Catholic Knights were of many descriptions of uniforms, by-laws, aims and purposes.  Some wore uniforms modeled after the steel armored uniforms of the ancient knights, coats of velvet, brass plumed helmets bedecked with feathers, shining breastplates, leggings with enormous boots with spurs.  Some had by-laws to aid various segments of immigrants, others for the purpose of musical and literary enrichment, for the veneration of a certain saint, payment of sick benefits to members and their families, payment of death benefit to widows and orphans of deceased members.  All had the central purpose to serve Almighty God and His Church.

Several of these organizations met by chance in Rochester, New York, in June of 1874, in a common convention.  Visiting delegates were favorably impressed, and returned to their home cities, determined to form joint organizations at home.  It was incorporated by a special act of the Legislature of the State of New York.  Combined commanderies soon came into existence in Buffalo, Baltimore, Cincinnati, Detroit, Syracuse, Denver, Dayton, Toronto, Louisville, and Columbus.  Each of these combined groups still had their own individual laws, and followed its own discretion in regard to uniforms

On October 15, 1879, some Commanderies of Catholic Knights from Baltimore, Washington and Cincinnati met in Baltimore to consider and discuss the question of the formation of a national organization that would result in a merger or union of the various Catholic uniformed societies of the country under one head.  After deliberations it was decided to form such a body, and an organization was perfected with the election of officers and the selection of the name, “The Roman Catholic Union of Knights of St. John.” The next convention was held in Cincinnati in 1880,and more commanderies became  affiliated with the “Union.” A resolution was later adopted to shorten the name to “Knights of St. John”

Undoubtedly the story of the chivalrous deeds of the medieval knights preserved in the archives of history, in caring for the sick and infirm, giving asylum to travelers and defending them again the barbarous attacks of the Turks, inspired these Catholic men of America to place this new society under the patronage of St. John the Baptist.  Thus was cast the pattern for the modern Knights who would initiate the virtues of the medieval knights; namely , a filial devotion to and respect for the authority of the Roman Catholic Church, a sense of honor, love of truth, courage, and an indiscriminating charity motivated by the love for God. 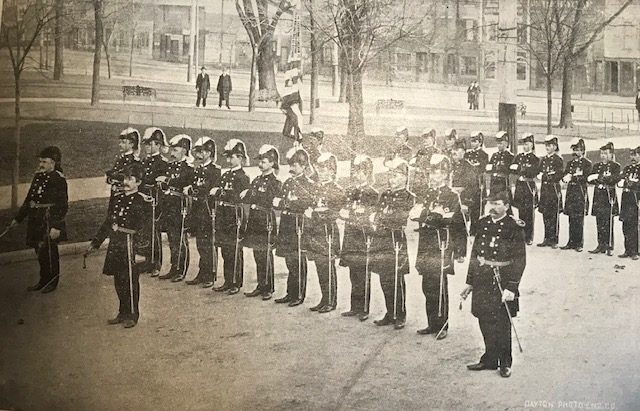 The founders of the Knights of St. John had ideals which they desired to spread and foster among Catholics. They understood the truth of the adage, “In unity there is strength.” Alone they could do little, but by uniting many groups and people under a leadership, they could accomplish much for God and His Church. Thus was born the idea out of which the Knights of St. John grew and prospered.

In the Charter application they stated their purpose to be; to create and foster a feeling of fraternity and fellowship among various commanderies; to improve the members moral, mental, and social condition; to aid, assist and support members and their families in case of want, sickness and death; and to promote the welfare of the Roman Catholic Church.

These high purposes are attained through the activities of the individual commanderies and their governing bodies. Monthly meetings are conducted by a common ritual to promote fraternalism and friendship. Activities of every description are promoted; religious, social and athletic. Charity work is done anonymously. The many and varied programs and activities can fill the calendar of the active member.

Knights work in close harmony with their pastors, taking an active part in liturgical functions. A good Knight of St. John is always a good Catholic. Conventions are held on a grand or state level. International Biennial conventions feature solemn Pontifical Mass, memorial Mass for deceased, street parade, receptions, banquet and dance, in addition to the business sessions.

Included in the many benefit of membership ae the following: An affiliation with the church in a very particular manner, the opportunity to wear the uniform of a Catholic organization, the practice of Catholic action by the public profession of faith, parish involvement, mission work, fraternity, social activities, benevolence, sports programs, good fellowship, the spiritual benefits of participating at Mass and special days of recollection and retreats.

In 1913, Commanderies sprung up in Trinidad-Tobago and by 1929, we had Commanderies in Panama and the Canal Zone. In 1933 the Order of the Knights of St. John was introduced into the Gold Coast, now Ghana, through the influence of Anthony Quansah and his son, Emmanuel Raphel Quansah of Saltpong. They applied to the United States for permission to form a commandery, at Saltpond, in the Central Region of Ghana. The Archbishop of Cape Coast, the Most Reverend Thomas William Porter stipulated that he would allow them to promote membership and hold meetings and render his final decision in five years. At the end of the fifth year, 1937, His Grace approved the establishment in Ghana as the Order was flourishing throughout parishes in the country. Through the universality of the Roman Catholic Church, coupled with cross border trade and movement of goods and persons there was a rapid expansion of the Noble Order in the West African sub-region. Over a short span of time, the Order was inaugurated in Lome, Togo; Monrovia, Liberia; Enugu, Nigeria; and Freetown, Sierra Leone. Today the order boasts over 16,000 members in West Africa, alone. The order has grown, with more commanderies in England and Germany that the name was changed in 1998 to the Knights of St. John International.

Throughout our history the Knights have been blessed with outstanding leaders, men who have picked up the gauntlet laid down by their predecessors. Dedicated men who year after year, have gladly assumed the work, the responsibility and the obligation of preserving our Noble Order, so that they could pass it on in a condition so that it would be, at least, no less than it was when they received it. Our past and our present day leaders have accomplished this with distinction and with growing results. 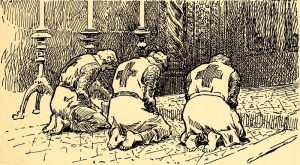