Knights of St. John Answer the Call in St. Louis 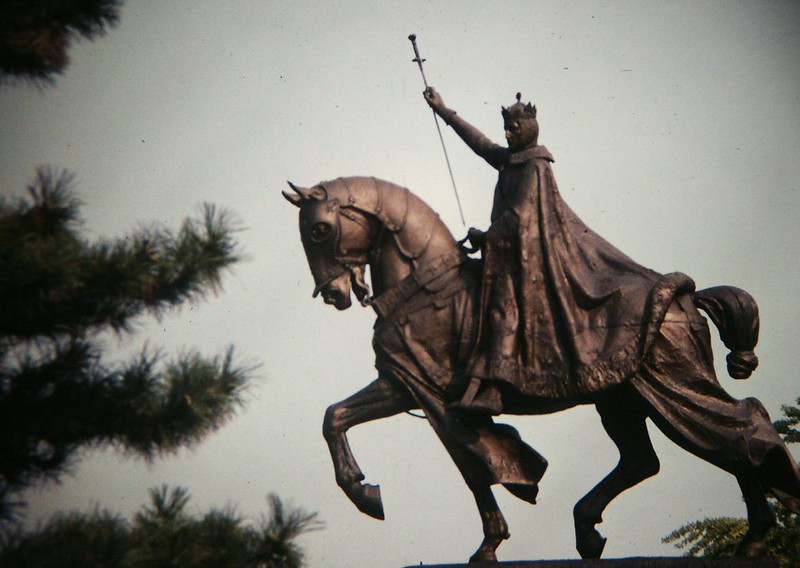 Last week, 2nd Lieutenant Jakub Kubas, Field Officer, and 1st Lieutenant Anthony Ryan, President & Commander, of St. Thomas the Apostle Commandery 973 served with honor at the request of the committee of the Festival of King St. Louis IX and The Oratory of Saints Gregory & Augustine.

The festival was held August 24-25, 2021 in the city named after the saintly king – St. Louis, Missouri. The lieutenants served for First Vespers and Benediction for the vigil at the stunning Cathedral Basilica of St. Louis. Video of Solemn First Vespers is below.

On the king’s feast day, they served at the morning Mass of The Ages in honor of St. Louis at St. Luke Catholic Church.

In the afternoon, they were joined by Major General James Schafhausen, President of the Supreme Subordinate Commandery, USA, for Eucharistic Adoration and Benediction.

Immediately afterward, the Knights of St. John joined the 2-mile Marian Procession to Forest Park at the Apotheosis of Saint Louis statue. We were tasked to protect the 1st class relic of St. Louis during and after the procession. Once the pilgrims reached the statue and park, we prayed a 15-decade rosary, led by the Very Reverend Monsignor C. Eugene Morris, Rector of the Oratory.

The evening ending with Christian fellowship with food and drink. We were warmly received by all in St. Louis.  They were gracious hosts and extremely curious about our Noble Order.  We will keep in contact with them and hope to be invited back to serve in the near future.

O God, who didst remove blessed Louis, Thy confessor, from an earthly throne to the glory of Thy heavenly kingdom; grant, we beseech Thee, through his merits and prayers, that we may be permitted to share in the kingdom of Jesus Christ, Thy Son, the King of kings. Who with Thee liveth.

John the Baptist, pray for us.

St. Joseph, pray for us.

Our Lady of Victory, pray for us.