Holy Thursday and the Eucharist 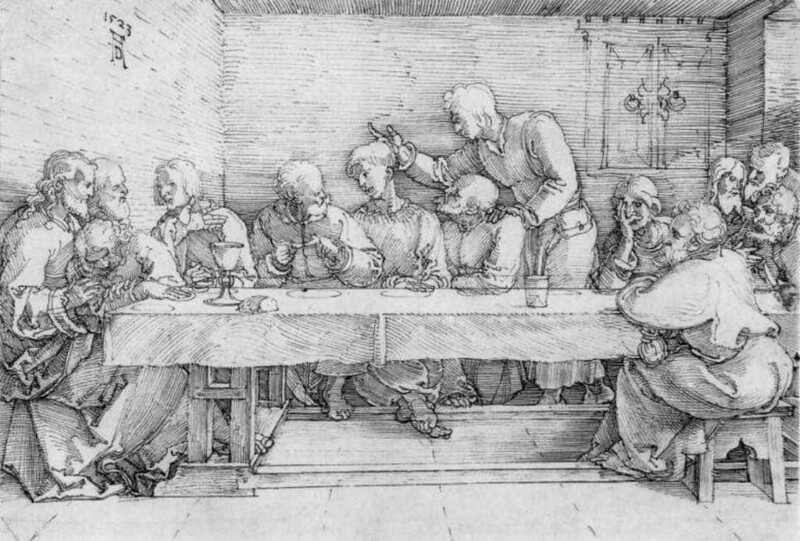 This evening begins the Sacred Triduum, where Catholics commemorate the final days of Jesus Christ’s life on earth. Knights from around the world will gather at masses in their home parish to bear witness to their work and stand guard at the altar of repose. It is an annual tradition for many commanderies, an honor, and a privilege to stand at the altar of repose.

But what does it mean to stand guard? For many years, the act is symbolic, designed to add majesty to the liturgical celebration. Unfortunately, in many areas, the call to protect the Eucharist may well call for knights to preserve the Blessed Sacrament in repose while the faithful pray in adoration.

It reminds me of a story recalled by The Most Reverend Venerable Fulton Sheen about a young Chinese martyr during the Boxer Rebellion. During this rebellion, nationalist forces sought to usurp economic and political control of China from Western Powers. Since Christianity was viewed as a symbol of the West, soldiers were ordered to destroy churches. At one country parish, soldiers tore the tabernacle away from the wall, consecrated hosts stored in a ciborium were scatter on the floor.

A young girl in the back of the church witnessed the event. Under cover of darkness that night, she returned to the church, spent an hour in adoration in view of the hosts before consuming one. She continued for 31 days until, on the final night, she roused a guard from sleep, and he chased her down and beat her to death. Read the entire story here.

The young Chinese martyr, watched by her imprisoned pastor, is an example of a reminder to us all of the reverence that we should have for the Eucharist, the Body, Blood, Soul, and Divinity of our Lord Jesus Christ. It befits us to use Holy Thursday to remind this, as today is the day that Jesus Christ instituted the Eucharist.

In the context of the Jewish Passover meal, designed to call to mind the Angel of the Lord passing through Egpyt to save the Israelites. Unlike the Passover, however, in the Eucharist, the events of redemption and salvation are made a present reality in our lives in a way that enables us to participate and share in them. At a Passover Feast, Israel is commemorating their deliverance from slavery in Egypt. Each time we celebrate the Eucharist, through the outpouring of the Holy Spirit, Christ becomes truly and completely present, in Body and Blood, Soul and Divinity; in sacramental form with the outward appearance of bread and wine.

The substantial conversion of bread and wine into [Christ’s] Boy and Blood introduces within creation the principle of a radical change, [which] penetrates to the heart of all being, a change meant to set off a process which transforms reality, a process leading ultimately to the transfiguration of the entire world, to the point where God will be all in all.

Before the Last Supper in the Bread of Life Discourse (John 6:22-59), Jesus instructed those following him if they ate of his flesh and drank his blood, he will remain in them, and them in Him (John 6:56). This was a difficult concept for the Jews to understand, and many of his disciples abandoned him with this teaching. Those that remained did so echoed the words of Simon Peter, ” To whom shall we go, you have the words of eternal life” (John 6:68).

It is still a difficult concept for many to believe, even to this day. A Pew Research study released in August of 2019 revealed that only one-third of all Catholics believed in the churches teaching of transubstantiation.

Those with heavy hearts or doubts can only be moved by witnessing the numerous eucharistic miracles cataloged and presented on a website started by and dedicated now to Blessed Carlo Acutis, Miracoli Eucaristici.

In a confirmation class that I was teaching, I had one young lady question the churches teaching on transubstantiation. In the second part of the class, I presented them with pictures and facts from various Eucharistic Miracles. I can only hope that she continues to be moved towards the Eucharist today, as she left that class in tears, expressing an immense amount of emotion and professing that she will never view the Eucharistic in the same light again. 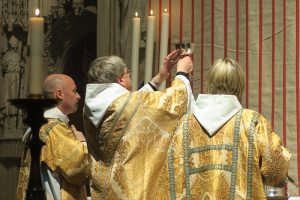 Photo by Richard Gillin. Use with permission.

We have all experienced an omission of something. We know it is coming, and we are disappointed when it isn’t there. Maybe it is a tradition in your parish that you look forward to, and if it isn’t done – it is noticeable and talked about, even if it is a minor detail. For many, these omissions are plentiful during the COVID-19 Pandemic.

Read More – The Sound of Silence

What is the fourth cup? The fourth cup is part of the Passover meal. For generations, studies of the Last Supper discourse have provided a chance for scholars to research and try to understand, because as he reclined at the table with his disciples, upon taking the third cup, he proclaimed:

The fourth cup remained an important part of the Passover feast. It is with the fourth cup that the Great Hallel (Psalms 114-118) is sung. It is a chance for the renewal of the covenant bond between God and his people. So why would Jesus omit this most important proclamation?

One only needs to peer into Sacred Scripture to understand that the fourth cup makes an appearance, albeit later in the story. In prayer, he asks God on three occasions to allow this cup to be passed (Matthew 26:39). In Mark 15:23 Jesus refuses to drink the wine mixed with myrrh to dull his pain. It is only before the end, and he allows himself to drink the vinegar (sour wine) offered to him, before uttering the words: 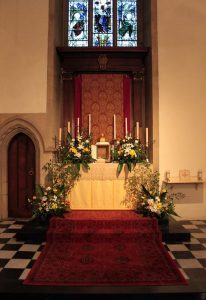