Feast of the Annunciation – Challenge 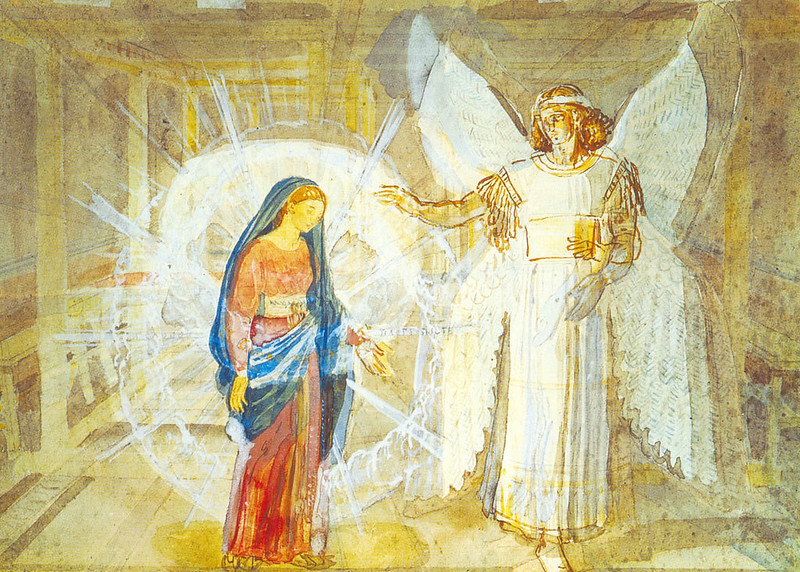 Today we celebrate the beginning of our salvation! Centuries ago, a young Jewish woman, engaged to be married was visited by the archangel Gabriel, and the coming of the savior was announced.

In reality, the fate of the salvation of mankind hinged on this young lady saying “Yes” to God. Scripture tells us that Mary immediately responded to God with her emphatic yes. You have to wonder, even after Mary uttered her fiat, or if there was any consideration before, on the fear, trepidation and anxiety that God’s request had on Mary.

There is much that can be learned by men of virtue in Mary’s fiat, and accepting God’s plan in our lives with an emphatic yes. But more importantly, there is more for us to learn in the strong and silent support of St. Joseph.

Joseph, Son of David, do not fear to take Mary your wife, for that which is conceived in her is of the Holy Spirit; she will bear a son, and you shall call his name Jesus, for he will save his people from their sins.” -Matthew 1:20-21.

In the circumstances surrounding the pregnancy of Mary, Joseph was left in a difficult situation, and how to deal with it. The compassion and care that Joseph needed to even consider his first option of quietly divorcing Mary to save her from shame (Matthew 1:19) was a very pastoral way of dealing with the situation – it showed that while he did not want to be burdened with the shame himself, he cared enough for Mary to consider the impact on her. Sending Mary away quietly would have saved both of them the embarrassment of the Jewish community of having a child out of wedlock.

He did not know how to deal with Mary’s “astonishing” motherhood. He certainly sought an answer to the unsettling question, but above all he sough a way out of what was for him a difficult situation.

As an example of virtue, we can gather much needed virtue from learning from the decisions that St. Joseph made in light of his bride’s condition, and the impending results of his decision. 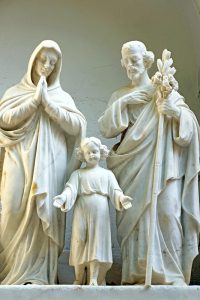 The fortitude that Joseph displayed by listening to the angel that appeared to him in his dream, and remaining to care for Mary and Jesus is a testament of his character, and how we should lead our lives. In the very moment of his decision, the level of fortitude that Joseph would need to display as the early father and protector of his family would not be tested. You see, carpenters at the time of Jesus would be extremely important members of their community. They would have been called upon to construct or repair ploughs, fishing boats, roofing beams, yokes for oxen, doors and doorframes, and storage chests.

Someone experienced in his trade would also be called on to use a variety of woods depending on the job, would be consulted for larger projects, to include projects of a religious nature.

Joseph’s decision to continue with his betrothal to Mary would have had a direct impact on his livelihood if his community decided to shun him for his bride. Further more, he abandoned his established way of life, and instead of returning home took on a perilous flight to Egypt to protect his family from the assault on the innocents of King Herod (Matthew 2:16-18).

Little is spoken of how Joseph would have assisted in rearing Jesus (although, it would be interesting to see Joseph’s first reaction when Jesus rebutted him with the “you’re not my real dad”). We are given clues that Jesus was obedient to his parents (Luke 2:51). Even in his adult ministry, Jesus gives us veiled hints at why the life and virtues of Joseph may not be spoken off, and how we can emulate them.

The 23rd Chapter of Matthew starts out with the Denunciation of the Scribes and the Pharisees. Verse five being the most important:

All of their works are performed to be seen.

Joseph did not seek recognition or praise for his work.

As Knights – our work is often done without praise or adoration. Our charity happens behind the scenes, often done under the cloak of our home parishes

We don’t need that proverbial pat on the back. We prefer to let our actions speak louder than our words. And it is a double edged sword, to grow our order, people need to see what we are doing. We can be seen, and we can do more, by taking one simple task:

Challenge and be challenged.

When is the last time that you asked a fellow Catholic to join our holy and noble order? The sole reason that I myself became a Knight of St. John; was because someone who I knew, I trusted, and who I looked up to, specifically asked me to join.

Ask a Friend to Join the Knights Today

We are men, who look for a challenge, we do our best work when we are challenged. As we near the end of Lent, I ask you – how are you doing on your Lenten sacrifice? To be honest with you, I have failed a couple of times in mine. It is only getting harder the closer and closer to Easter we get. I look for loopholes the rules like solemnities and Sundays to cheat. And then I look at how hard it was for St. Joseph, who sacrificed so much, for the greatest possible return, and I get back on track, all because I have focused myself on the cross.

The end of Lent should not be the end of our challenge and sacrifice, so I challenge each and every Knight that reads this to take up the KSJI Easter Challenge. Seek out one man in your parish that you know, or maybe that you don’t know, and establish a relationship with that man, and get him to commit to joining the Knights of St. John.