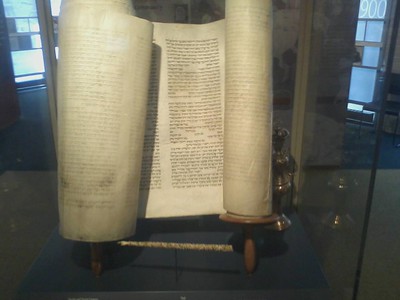 The First Reading of today taken from the Book of Nehemiah tells of the crucial role of the Law of God in the Israel community.  Ezra and Nehemiah were given the special task of God to rebuild the community.  They were also given the task of rebuilding the Temple of God. They knew of the importance placed in those days on knowing and obeying the Law of Moses. Anyone who had reached the age of reason and could hear with understanding was required to be present and to listen to the reading of the law. They were called upon to live the law in total fidelity. But Ezra first starts rebuilding their hearts.  The Prophet dramatizes the crucial role of the word of God. He stands on a platform and reads it from daybreak to noon. People listen to the word of God, understand the law in their heart and receive it with fervour.  They raise their hands and respond with a double Amen. They lie down on the ground and offer total submission to the Lord.  There is hope for the people whose strength is the Lord and the prophets urge them to rejoice.
Today’s Second Reading from the First Letter of Paul to the Corinthians revealed to us how important it is for the members of the Body of Christ to be united. Each member has been called to serve the Lord.  He sees the multiplicity of Christians as living members of one Body. Each member interacts in a constant giving and receiving. And each member gets the same respect. In fact, it is the “weakest” and “least honorable” parts that receive greater attention. For it is in mutual giving and receiving as one Body that we enable each other to experience the enrichment, the vision, and the freedom which Jesus wishes us to have. The problem with our Christian living is that it is so individualistic.  They try to manage things on their own. God has called each person for a different function. But the unity of the church is in its source in the one Spirit. Though there are many members as in a human body, the body of the church has many members but it is one body.
Today, we begin reading from the Gospel written by Saint Luke, the companion of Saint Paul. Saint Luke the Evangelist was a Doctor and he endeavored to make his Gospel an abundant and sure source for all who believe in Christ and who love God. Luke is the only Gospel that begins with a prologue. It sets forth the motivation for composing the story of Jesus.
Luke accepts that he is not the first one to write but he wants to be accurate, based on the earliest of traditions, and clearly organized.  He writes to Theophilus may have been a recent convert or a benefactor of the author.  He wishes to give him that certain account of Jesus to the certainty of the teaching already received and convince him of his faith. Theophilus means lover of God or the beloved of God and actually, it means each one of us.  Luke clearly acknowledges that he himself never saw Jesus. His gospel was written at least 50 years after Jesus’ death and resurrection. Yet he wants to assure his friend that what he writes is accurate and is based on the experiences of people who did know Jesus personally.

What Can I Do? Intentional Knighthood

From the Prologue today we move directly to the event of the return of Jesus to Nazareth after his successful Galilean ministry. Galilee is the northern province of Israel to which Jesus belonged. And he went back to Nazareth “where he had been brought up”.  By the time he returns home but he does not go alone; he is already empowered by the Holy Spirit. Luke very deliberately has Jesus start his work here. His public life will be a single, direct journey from Nazareth to Jerusalem, unlike the other Gospel accounts.
And it is in Jerusalem, the city of peace, where Jesus will suffer and die. It is here that he will rise to live and become our Lord and Savior. And it is from here too that his disciples will go forth to every corner of the world with the Good News.  The setting for the story is the Sabbath day service in the Synagogue. There were no priests in the synagogue, which was simply a prayer hall. The priests were in the Temple, the only place where the sacrifice was held. Every male Jew had a right to read the Scriptures in the synagogue and to speak to the assembly. Jesus is called upon to read the lesson and he chooses the text from Prophet Isaiah, about the restoration of Zion.
After reading the text Jesus simply declares that the passage is fulfilled in their hearing.  People must have been really shocked and amazed when Jesus announced: “Today this scripture has been fulfilled in your hearing.”  By applying this text to himself Jesus places himself on the same prophetic line as Elijah and Elisha.  He declares himself to have been anointed by God to carry out and fulfill God’s plan for Israel. In other words, Jesus is telling them that the Messianic age is here and he is the one anointed by God to bring the fulfillment.
Many were expecting the Messiah to be a mighty king, a powerful leader who would restore the political kingdom of Israel from Roman domination.  But they find the young man so well known to them now making that claim. At the same time, they should have been happy when a person not much of a stranger tells them that he would save them.  Jesus tells them that God is close at hand.  He tells them that this God is a healer and will never be indifferent to them.  He will love them, free them and protect them.
When Jesus teaches in the synagogues, people listen, certainly. But they do not understand everything, and perhaps they understand nothing at all. However, they were struck by a word, a sentence, a well-placed allusion and they remembered it and they continued to think about it… That is when the Spirit goes into action and enlightens them, at first only a little, and later on more powerfully and persuasively, in order for them to believe in Jesus, the Savior of the world.
The Spirit of God, the Spirit of Love, rests upon Christ: by revealing the Father to us, by preaching his Good News to us, Jesus also gives us his Spirit, his Love, so that we might live, thanks to God, in Truth.  This Good News still comes to us today, under the appearance of a little bread: in the Eucharist, Jesus again preaches to us his Good News, in order that the Spirit might live in our hearts to teach us of the Truth, who is God.

“Today this Scripture Passage is fulfilled in your hearing.”

In this Gospel passage, Jesus proclaiming that the year of the Lord’s favor as it was written in the Scripture. By this Jesus meant that the long-awaited messianic jubilee had finally arrived. The promised messianic salvation had ultimately come. Jesus affirmed that He was the long-awaited Messiah and they ought to rejoice in it.   In His proclamation, Jesus said that He had been anointed to bring good news to the poor, He had been sent to release the captives, for the recovery of sight of the blind, and to let the oppressed go free.
Literally taken with a worldly approach, these words imply that Jesus had come to bring abundance to those who were poor, to free the slaves and the prisoners, to heal the blind, and to stop all worldly oppression. But this was not what Jesus meant. Embracing a spiritual approach, it becomes clear that the proclamation of the Lord Jesus was to announce the arrival of the Kingdom of God on earth. The Kingdom of God was the good news that Jesus was proclaiming. For the arrival of the Kingdom of God is to be fulfilled meant the arrival of the promised Messiah.
What was the response of those who heard the Word of God? Their response to the message was Revival, total revival. Nehemiah, who was the governor, and Ezra the priest and scribe, and the Levites had to come in to console the people, ‘this day is holy to the Lord your God; do not mourn or weep.’ For all the people were weeping when they heard the words of the law”. Why were they crying? The Word was applied to their lives, and they recognized their disobedience to the voice of the Lord and how they had suffered in the hands of the enemy because of that. They became aware of who they were and what they had become. Attentiveness to the Word of God must lead to conversion and total transformation. As we listen to His Word, and meditate on it, may we be healed and transformed spiritually to his greater Glory. Amen.
Reflect, today, upon two things.  First, reflect upon the gift of the Bible and the way that God used the human author to give you this gift.  Second, reflect upon the fact that God wants to use you, in all your weakness and sin, to bring His divine presence into our world.  Be open to that gift so that you may become a living gift of the Word of God to the world.