“What Can I do?” A Tale of an Inadvertent Roman Knight 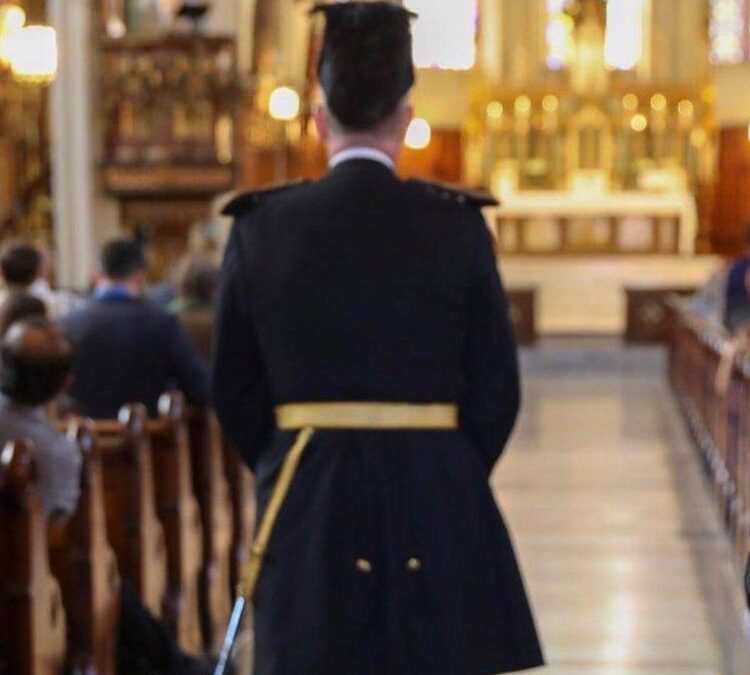 It’s a common question that we ask ourselves, especially with all that is currently happening in His Church.  From within the institutional Church there are certainly many terrible, dastardly things from which to choose. This is a common dilemma of Christians as they tackle the fallen nature of man and the seemingly victorious evil that can be perceived in every Age of earth. Non-Christians May think that they have won.

However, as Christians, we know “how the book ends,” and we need to remind others and ourselves of this reality every single day.  Meanwhile, we must ask ourselves which ‘character’ will we play in The Divine Story of this earth before each of us faces our particular and final Judgments?

I thought I knew the answer but He always has a plan and more often than not, His plan is a perfectly humbling hanging curveball that buckles our knees.

After coming back into His Church (longer story for another time) and with my wife officially entering into His Church in 2008 (+Alleluia!), we were living a nice, pleasant “Neo-Conservative” Catholic life in America.

During deep prayer sessions over a week or so, I kept ‘hearing’ the phrase “There is more” within me. Without being able to shake this persistent phrase, I kindly asked a younger friend who—in my estimation—was “doing more” at our parish, to come out for a couple of drinks and to chat about this intriguing phrase which lingered in my mind.

To make a long story short, he introduced me to the Sacred Tradition of the Roman Church that had eluded me my whole life (know that I was born in 1969, the year of the promulgation of The Mass of Paul VI).

Yes.   I had swallowed the Roman “Red Pill.”

Before I knew it, I was the ‘older guy’ hanging out and picking up many tabs (gladly, of course) of my young spiritual family, as they were teaching me everything about Roman and Eastern Tradition that should have been taught to me throughout my life. It was a remedial, educational maelstrom.  And, for like so many I had connected with about this similar awakening, this storm of sorts is still very much present in our lives.  So much so in fact, that I have perceived there to be  three ‘camps’ of traditionalists that have emerged from within current Roman Church as part of an awakening:

With this analysis, a new item was stuck within my head:

…  along with its ‘cousin’ counterpart:

It was gut-check time.  I had to really dive inward and listen to what He was telling me about who I “was,” and what I should “do” with this divine insight.

It finally came to me:  in order to truly restore His Church, we need to reclaim our true identity. For WAY too long, the idea or concept of His Kingdom had been stolen, hidden, and warped by Modernism after the Council. It is time to reclaim it. We, especially the men of His Church—and of The West—need to become knights again (albeit spiritually for now) for Our King.

As much as I respect those in the CAMP I that I described above, I needed to be in CAMP II and together these two camps could work together to help rescue and heal those in CAMP III with this union.

An American Catholic trying to reclaim his Roman Catholic identity … trying to project the idea of knighthood, when he has been living his whole life in a non-monarchial, deist, free republic?!

“Your KINGDOM come. Your will be done, On EARTH as it is in heaven.”

The answer to rebuild, project, and display this much need true masculinity was—and is—Sacred Tradition, in all its truth, glory, order, and beauty. It is not only the quintessential expression of worthy worship for Our Triune God, it is the “glue” that binds us with our past and the saints. The rupture that occurred after Vatican II tore us apart.  It dissolved us. In many ways, it was an unintentional (Dear Lord, I hope!) version of SOLVE ET COAGULA.

Many fellow traditionalists are performing great work with restoring the liturgy, music, doctrine, and Roman culture within His One, Holy, Catholic, and Apostolic Church. For me, though, I saw a “deeper chasm,” especially for Catholic men.

We have lost masculinity. True Masculinity.   One that is informed, unapologetic, wise, strong, and—above all—sacrificial. We, men and boys, NEED outward displays of this masculinity. It is sorely needed, to make men whole again, and properly bring balance within His church along with true femininity. Almost two generations of men have been discriminated against, minimized, lied to, and even abused …. just for simply trying to be men.

The American culture has not been kind to men. For decades, masculinity and men themselves–have been incrementally attacked, erased, and/or “vanquished” from not only society but from the nuclear family too. Instead of seeing men and masculinity as a necessary, beautiful component and compliment to femininity, it has become the target for derision and destruction because of its perceived “powerlust” for evil oppression only.

Sometimes the secular culture gives us male characters who are oafish, brash, and vulgar, but who are also redeemable. After we see flashes of brilliance, huge glimpses of big hearts and the ability to learn from their consequences we can see that despite their flaws they are definitely redeemable. This brings to my mind a character like Homer Simpson. Sadly, if you have watched the show lately, instead of the frustrating but lovable man, trying his best to be better, the latest creators have almost purposefully made Homer a caricature of himself, totally rage-filled and simultaneously emasculated… just an irredeemable idiot.

We as traditional Catholics know who the REAL model is for manhood. It is obvious. We need to keep our eyes on the ultimate model — Fully, True God and Fully, True Man– Jesus, the Christ.  We must “with unveiled face, beholding the glory of the Lord, are being transformed into the same image from one degree of glory to another.”  We must be humble, in service and sacrifice.  We must form ourselves, in His Word and His Teaching, and be sent (“Ite, Missa Est”) into the world.  We must speak truth, meekly, but without fear. As Our Father had this modelled, manly relationship with His Son, we, too, need to have a manly relationship with each other … in His Kingdom … as His Knights.

While searching and praying about this manly relationship that I sought, He blessed me with “what I could do” by leading me inadvertently to become a Roman knight—somewhat literally.  I discovered a Catholic brotherhood that—much like Sacred Roman Tradition—needed to awaken from a very deep sleep. This organization is The Knights of St. John International. The Knights of St. John International** is an international Catholic fraternal service organization. Incorporated in 1886 in America, our organization’s members commit themselves to service to the One, Holy, Catholic, and Apostolic Church, our communities, and fraternal brotherhood, with individual units, or commanderies.

Our regimented organization pledges fealty to Our King, Jesus Christ, which strengthens and prepares us to complete His earthly mission through acts of charity and fraternity. They pledge our honor and lives to manifest His Word and Truth through our actions and examples as Roman Catholic Gentlemen.

It is organizations like the Knights of St. John, where a young American Catholic man can find his identity as a traditional layman, recovering Sacred Tradition, and restoring true masculinity in His Church and our Western culture. And, it is also where men who have been lost in a Modernist fog can see the authentic Roman traditional beacon in front of them. Together, we men can have the courage again to call each other out if necessary, to have “iron sharpen iron,” in a common, glorious, and holy goal.

Even though my path and decision was somewhat inadvertent, I am committed to help men—young and not-so young—make their own paths and decisions much more deliberate, intentional, and unapologetic.

“If the iron be blunt, and be not as before, but be made blunt, with much labour it shall be sharpened: and after industry shall follow wisdom.”

**This article originally appeared for Virgo Potens on September 3rd for the Feast of Pius X, and is reprinted here with permission of the author.