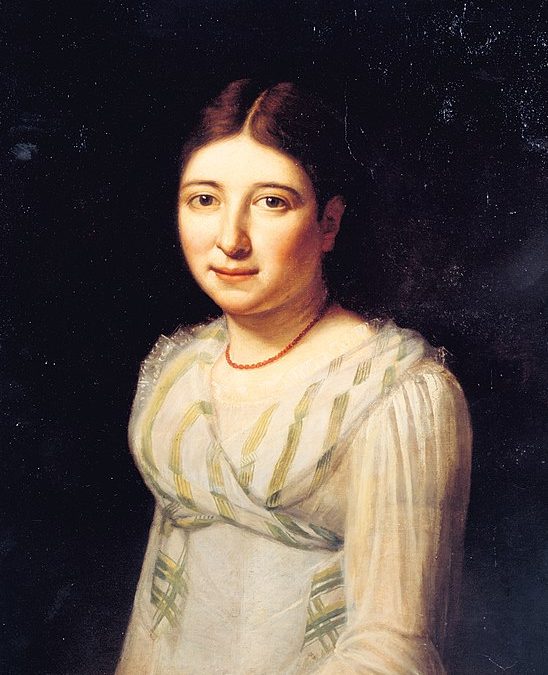 Beatification of Pauline-Marie Jaricot, Foundress of the society of the Propagation of the Faith and The Living Rosary

O God, let all the nations praise you!

In these days of Easter joy, the Church proclaims the victory of God. A victory over sin and death; over the eternal enemy of the human race. Victory in the Paschal Mystery accomplished in the Death and Resurrection of Jesus Christ.

​Soon after the first proclamation of the Gospel, the Church experienced inexplicable growth among the children of Israel, the first to hear and receive the Good News. In fact, all of the disciples and all of the Apostles were faithful members of the Jewish community of the 1st century throughout the Mediterranean basin and throughout the Roman Empire. Indeed, Jesus Risen from the dead was being proclaimed as the Messiah; the one foretold by all of the prophets and confirmed by the Sacred Scriptures. Therefore, it was only natural that the first disciples believed that to be a faithful follower of the Risen Messiah (Christ-in Greek), one should fervently practice one’s faith handed down by Moses and the Prophets.

​It is not surprising, therefore, that the fist major crisis that the Church was faced with was not persecution, but what to do with those who were not Jews. All mankind now, upon hearing the proclamation of the Gospel, accepted Jesus as the true Messiah and wanted to be baptized into the Paschal Mystery. One traditional faction insisted that these “God-fearers” should first be catechized into the Law of God left by Moses and, after accepting all of the precepts, including circumcision, could be legitimately baptized into the Faith.

​The other minority faction saw the great works of the Holy Spirit present in the hearts, minds and actions of the pagans who professed faith in Christ. This faction was convinced that all that was needed is adherence to the teachings of Jesus, faith in his Paschal Mystery and the practice of self-giving love – modeled on the love of Christ – in those who would be baptized.

What resulted was a major crisis that had to be resolved by a council of the Apostles in Jerusalem. This is what we hear in the first reading. In the end, those who were not Jews, but had faith in God and in Christ, Risen from the death, were only asked to abstain from Idol worship, consuming blood and pagan sexual practices. They were obliged to follow the teachings of Christ and, above all, the practice of authentic and active self-giving love (charity) among themselves and in their extended community. In other words, they were called to love, not only their brothers and sisters in the faith, but even their enemies, as preached by Jesus, who forgave his persecutors from the Cross.

​As Jesus tells his disciples during the last Supper recounted by St. John in today’s Gospel passage: “Whoever loves me will keep my word, and my Father will love him, and we will come to him and make our dwelling with him”. The Law of Moses was crucial for the preparation of the coming of the Messiah. He has now arrived and fulfilled the Law and the Prophets and has left us with His life giving word and the gift of the Holy Spirit, which transforms us into members of His very body and expression of His love present in the world in the lives of his disciples.

​This is why St. John, on the island of Patmos, saw the New Jerusalem in a vision – the new city of God. In that city there was no temple, because the Risen Lord is the eternal temple of God. “I saw no temple in the city for its temple is the Lord God almighty and the Lamb. The city had no need of sun or moon to shine on it, for the glory of God gave it light, and its lamp was the Lamb.”

​This was revolutionary. It provided the occasion for releasing the mission of the Church from a localized ethnic religious community, to all peoples – ad gentes – even to the far corners of the earth. Indeed, this was the final exhortation of Jesus before he Ascended to the right hand of the Father: “go and make disciples of all of the nations baptizing them in the name of the Father and of the Son and of the Holy Spirit”. It is now wonder that Pope Frances frequently reminds us that the Church exists for mission – to evangelize!

​Today the Church will beatify Pauline Marie Jaricot, in her home town of Lyon, France. Lyon is an ancient Christian city that rejoices in countless martyrs in the early days, including its second bishop, St. Irenaeus, Father and Doctor of the Church. It is a city that has suffered much violence, especially after the Reformation and during the French Revolution. Today it stands as a testimony to the providential love of God that triumphs over hatred, jealousy and ignorance by the eternal love of Christ made manifest in the Church, especially in her saints!

​Pauline Jaricot is being beatified, proclaimed blessed and sharing in the fullness of life in the Kingdom of God. She is now officially proclaimed worthy of imitating and as someone close to God to whom she can intercede for us by her prayers. Pauline is a saint for our time. Her story is one of profound inspiration especially for us with 21st century sensibilities.

​She was born into a family that was well off, but very faithful in the practice of the Faith. Her father owned a silk factory in Lyon and the family did not suffer want for food or shelter.

​In her childhood and early youth, Pauline had not inclination for the more profound practice of the Faith. She herself recalled how attracted she was to the latest fashions, social gatherings and very worldly interests. But when she turned 16 she suffered a serious accident while doing household chores. She broke her leg, which became infected and was not healing very well. She was sent to the country to rest and recover and at that very time her mother died! She suffered both physical, emotional and spiritual distress. In fact, she could have fallen into despair. But, one Sunday she went to Mass and listened to a sermon the passing and fleeting things of this world and their vanity.

​A profound change took place in her heart, which transformed her life completely. She re-started her practice of sharing in the sacraments and soon developed a deep desire for union with Christ in prayer and concern for Him in the poor of Lyon. Blessed Pauline put away her fine cloths and took on the apparel of the poor she would go out to meet the poor on the streets; the poor ravaged by the Industrial Revolution; the sick and abandoned. She went out to care for them. Soon she heard from her brother who was studying to be a missionary priest. He pleaded with her to do something for the missions, where the Church is experiencing a severe lack of support, both spiritual and material, faced with the task of proclaiming the Gospel to those who had never heard it before and with establishing the Church in the far corners of the world.

​Pauline came up with a simple plan – a true inspiration – to form circles of ten for prayer and donating 1 penny a week for the missions. This was a simple plan that blossomed into a world-wide network of prayer and charity. The Society of the Propagation of the Faith was found by Pauline 200 years ago (1822). One hundred years ago it was proclaimed “Pontifical” by Pope Pius XI (1922), extending its reach to the whole universal Church. Pauline later founded the Living Rosary and spent her fortune to establish a factory where there would be living wages, a human work schedule with free days every week for the workers to attend to their families and to Christian worship.

Sadly, she was exploited by unscrupulous administrator and lost everything. In the end she had to enroll in the poor list of Lyon and died penniless and almost forgotten. But her life was one of total dedication to Christ and His Church. She made a private vow of virginity when she was 17th (on Christmas Day!) and led a life of deep prayer (adoration of the Blessed Sacrament, Rosary…). She gathered like minded women and even formed a kind of community in her family home for mutual support in Christian living. Her sensibility to the poor and the exploited and to those who had not yet heard the Gospel makes someone with thoroughly contemporary sensibilities, even though she lived over 200 years ago!

​Today we give thanks to God for raising up a great witness to the selfless love of Christ, Risen from the death. May Blessed Pauline Marie Jaricot intercede for all of us engaged in the service of the mission of the Church. May her example inspire us to go the “extra mile” and think more of the needs of the missions than the needs of our immediate surrounding, home parish, city, diocese and country. Let her be a bright light to guide the One she loved with all of her heart, mind and soul – Jesus Christ, the one and only Savior of the world!