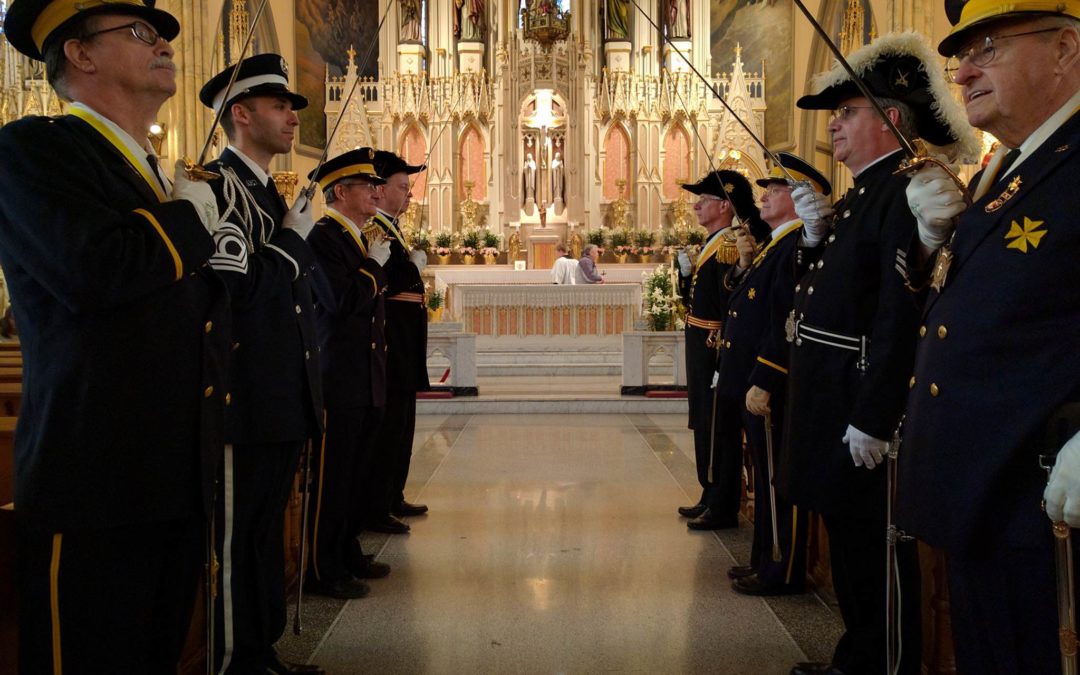 There are two powerful things that I have gained from my time in the Knights of St. John. The first is a greater love for my faith and numerous chances to grow closer in my relationship with Jesus Christ. The second is the fellowship and brotherhood that I have gained with fellow like-minded men.

Recently I had the chance to sit down and enjoy that fellowship with a fellow brother knight. He was finalizing his preparations for ordination to the priesthood this year. He was lamenting over the fact that there were some that were making his Mass of Thanksgiving be more about them than him.

Of course, being friends with him, I was quick to point out that regardless of whether or not it was his first Mass or not – the mass was about Christ in the Eucharist, not him. The look he gave me was priceless because of course, I knew what he was talking about.

You have been told, O mortal, what is good, and what the Lord requires of you: Only to do justice and to love goodness, and to walk humbly with your God. –Micah 6:8

As I was reflecting in prayer later, my mind wandered to the words that Deacon Dave Clabeaux, Spiritual Advisor to Commandery #135 said during his homily at Parade Rest during our annual field Mass for Memorial Day 2021.

In the Prayer of the Knights of St. John, we pray at each meeting, that all our actions as Knights are done in memory of St. John the Baptist.

It is fitting that we gather here today in memory of those Knights who have gone home to the Lord. We hear in our Gospel, “When Elizabeth heard Mary’s greeting, the infant leaped in her womb.”  The infant was John the Baptist.  And John would grow up to make his life’s work preparing people for Jesus.

Our brother Knights who have gone home to the Lord, since the actions of their lives were done in his memory, they now participate in the sainthood of St. John the Baptist.  They join now with him in interceding for us with our Father in heaven.  Talk about friends in high places!  And as we live out our lives as Knights, all of our actions are done, not only in the memory of St. John, but in their memory as well.

Let me provide an example.  I was asked recently by a parishioner, “What can be done to let our children know that the sacraments they are receiving are the incredible gifts that we, as adults, know them to be?”  I immediately thought about our First Holy Communion celebrations at St. Andrew.  And I thought, as the children would process into church, what did they see that let them know that this was not any ordinary day?  That receiving the Body of Jesus in the sacrament of the Eucharist was something extraordinary?

Do you suppose 10 men in uniform, standing at attention with sabers drawn, on both sides of the isle as they walked in might make this day stand out?  Do you think that might etch in their minds and memories that something awesome was going to happen that morning?  Could it be that the Body of Christ that morning was made flesh for them by our brother Knights, living the memory of John the Baptist?  Living the memory of our Knights gone home to the Lord?  This is preparing people to meet Jesus.

When the brother knights hold fund raisers and donate money that allows high school students to attend the National Catholic Youth Convention in Indianapolis – something that would otherwise only be a dream for them.  This is how the Knights are preparing those kids to meet Jesus.

The list goes on.  The people that we remember today, our brother knights, are more than a memory.  They participate with St. John in interceding for us with God the Father in heaven.  We honor them today by allowing them to inspire us to continue the work that they started, that St. John the Baptist started, of preparing people for Jesus. 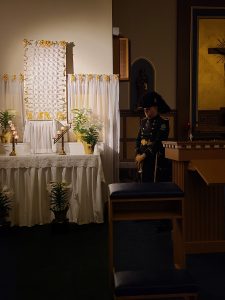 One thing that I am most proud of as a member of the Knights of St. John, is our humble quietness to which we serve our parishes and communities. It is much more in the nature of the knights to find a need in the community, and offer quiet support. Support comes in many forms, be it time, talent, or treasure.

A fitting homily was given in honor of the men who have gone before us to the Lord. Men who were great examples of virtue and charity, humility and love. Men who have been forever memorialized in our hearts. Tradition speaks much louder than words, and almost echos like each of the notes of Taps played in honor of the fallen.

For it is not just the banner of humility and honor that we carry, but also that of liturgical tradition.

I once had someone approach me, and asked me why it was important for us to stand out in our uniforms, to process and make a spectacle of ourselves at the sacred liturgy. His implications were that we were making the celebration of the Mass about us and not the sacrifice at Calvary. When indeed it is the exact opposite of that. The added reverence that the Knights provide, to make the Liturgy a place to encounter the awesome, the divine.

We are a Eucharistic Guard of Honor, living our lives in the fashion of John the Baptist, but also in the model of the first Eucharistic Guards of Honor at Calvary, the Blessed Virgin Mary, Saint John, and Saint Mary Magdalene.

Let us remember brothers, each time we don our uniforms, we are ambassadors of our faith. We are a bright beacon of hope for the faithful. An exemplification of virtue; but in all levels of humility in honor of the King of Kings.

We shall also never forget the men who forged the way for us as champions of the faith in our community. 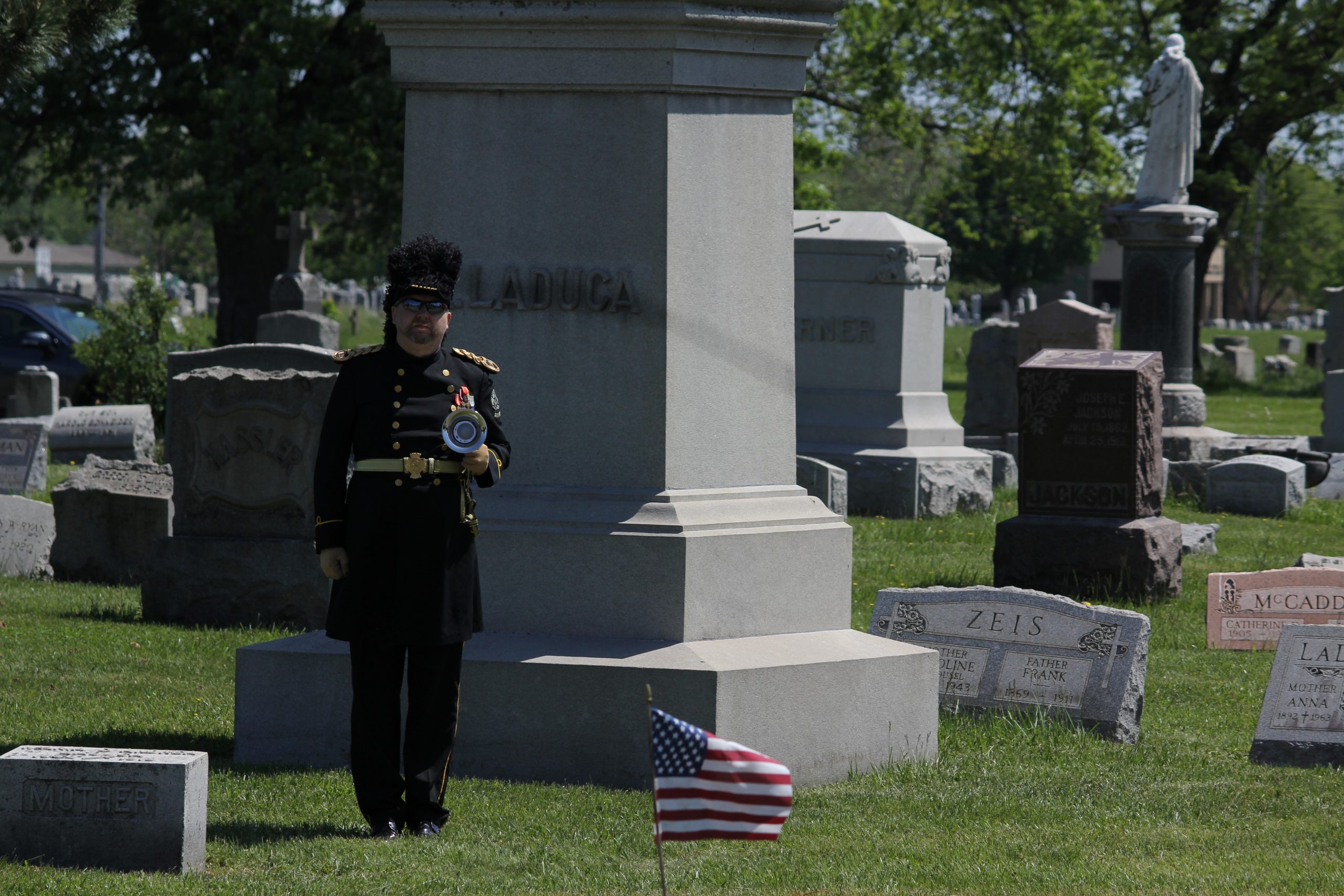