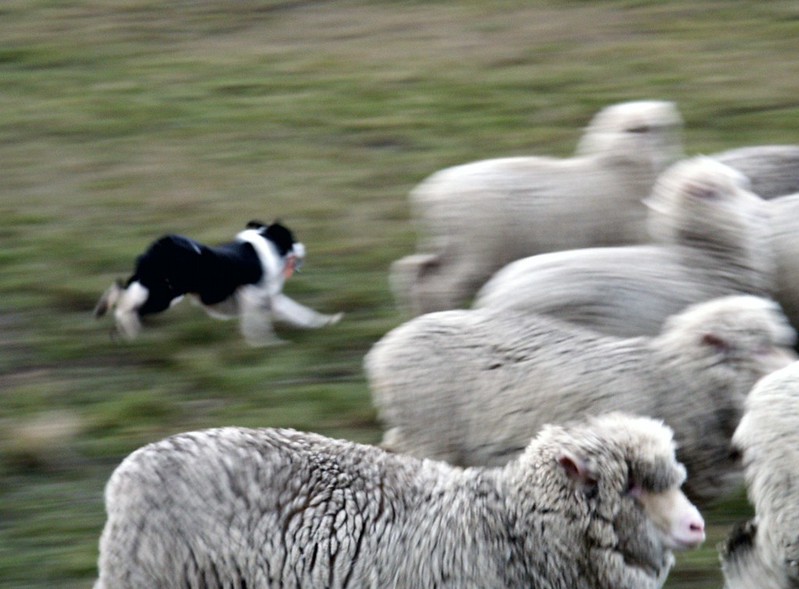 Today we celebrate the Fourth Sunday of Easter, which is commonly referred to as Good Shepherd Sunday. It is important for our churches to have strong, reliable shepherds in place. These clergy are responsible for the souls of many and like any good shepherd – are responsible for all, even the ones that stray away.

Our chief shepherd, Jesus Christ poses an interesting parable that both Matthew and Luke include.

What is your opinion? If a man has a hundred sheep and one of them goes astray, will he not leave the ninety-nine in the hills and go in search of the stray? And if he finds it, amen, I say to you, he rejoices more over it than over the ninety-nine that did not stray. In just the same way, it is not the will of your heavenly Father that one of these little ones be lost. Matthew 18:12-14.

Knowing the dangers of what might lurk for those ninety-nine sheep that remain, how does he feel safe enough to go off in search of the one lost sheep?

We are all called as Christians to emulate the actions of the Good Shepherd, to help keep the sheep in the fold, and look for those that are lost. But for Catholic Men who are installed in the first degree, our role no longer becomes that of just shepherd. Our primary function in the parish is that of the sheepdog.

Why is the job of the sheepdog important? The sheepdog is why the shepherd can go off in search of the lost one. Have you ever seen them work at keeping a herd in line?

I chose this video for a reason, you have to look really closely to see the dogs working outside of this large herd. Their black coats make them stand out from the herd. They bear a similarity to the uniforms we don for liturgical celebrations. The job of the dogs is two-fold. First, to keep the herd moving in the direction that the shepherd wants it to. Secondly, to protect it from the dangers that might be present. They are few compared to the many in the herd, meaning only the best make it into the ranks of working dogs.

The dogs also have similarities to the dangers that present themselves to the herd. In fact, many share an ancestral bloodline to the wolves that prey on the flock. They will use their teeth if need be to keep a stubborn member of the flock moving but only as a last resort. You could say, that those sheepdogs are the knights in service of the shepherd.

There is a tradition in some military circles, that an honor guard at a wedding will conduct. As the bride and groom leave the church after the service, the commander of the honor guard will take his sword, and tap the bride on the backside as she processes past, the surprised bride will be then told “Welcome to the Army ma’am!”. While this is largely ceremonial, our swords act the same way.

Our presence in the parish should not just be that of a fraternal gathering or bear the resemblance of men playing dress up for Mass. A Knight’s liturgical function is very clear, we should silently but with the strength of sharpened iron maintain the reverence and sanctity that the Eucharist demands as the source and summit of our faith.

Our faith does not exist for us to skim the surface. If we look back at the jobs held by most of the disciples (fishermen) – they were not going to catch fish worthy of a day’s catch if they stuck to the shadows. It is necessary to push off into the deep. When pushing out into the deep, the need for protection from danger increases, and that is the role of the Catholic Knight. To help the shepherd go deep, for that is where we will find the faithful. For the calls not to be reverent, not to be truthy, because if we ask too much, we won’t reel in as many fish.

May the Easter Blessings of the Risen Christ continue to be with you and your family!